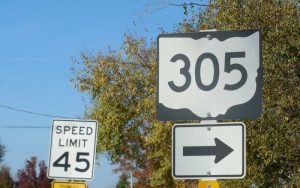 The Great Debate: What’s the Best Font for a Highway Sign?

Earlier this year, the U.S. Federal Highway Administration (FHWA) made an announcement that you probably missed. (That’s okay; I forgive you.)

Most of you reading this, I’m sure, have never given a second thought to the fonts used on road signs. You just expect the signs to do their jobs and help get you where you need to go. It may surprise you to find out that there are people out there who devote an incredible amount of effort to making sure those highway signs do their jobs well. That includes typographers, designers, printers, researchers, scientists, and government agencies who make decisions about our signage, which font is the best to use, and exactly how it should be used.

Time for a Change

Back in 2004, based on studies conducted by the transportation research centers of Penn State and Texas A&M, FHWA decided that it was high time to update the fonts on road signs to one that was more legible. Pretty big deal, right? Because being able to read a road sign can have serious implications for highway safety.

The original font series (officially named FHWA Standard Alphabets, but referred to collectively as Highway Gothic) had been shown to be problematic for older drivers especially, as well as the visually impaired. Some of the letters in Highway Gothic were difficult to make out due to the tight letter shapes, particularly at night.

So, at the time, FHWA recommended a new font — Clearview — one with more open letterforms and therefore better legibility. On average, Clearview gave drivers an additional 1.2 seconds of reading time, leading to better preparedness on the road. Hooray!

But wait! In 2016, the agency changed its mind. They’ve decided we should go back to Highway Gothic, and a bunch of designers think that’s a bad decision.

The Problem With Clearview

Additional research conducted in the 12 years between the adoption of Clearview and the change back to Highway Gothic suggested that the improved results shown by the new signs might not have been due to the change in font at all. Critics claimed that the improvement came mainly from replacing old, worn signs with new ones. Further analysis by the U.S. Department of Transportation also indicated that new sign materials, which redirected headlight beams to increase visibility for the driver, may have been more influential than the change in font.

In addition, FHWA also reviewed evidence suggesting that any advantage of Clearview was less effective when used in a “negative-contrast” situations — i.e., black type on white or yellow background, as seen on signs indicating road conditions such as speed limit or yield signs, and was not conducive for use in street name signs, either.

Many in the world of design are questioning this reversal. After all, while Clearview may not have been perfect, it was true that the tight construction of some of Highway Gothic’s letters contributed to roadway confusion. FHWA doesn’t currently intend to pursue any attempts to create or find an even better font to use, which means that when signs currently in Clearview are no longer usable, they will be replaced with Highway Gothic, rather than a font that improves visibility while addressing the issues found with both Clearview and Highway Gothic. To a lot of designers, shutting down further research on the issue seems counterproductive if the end goal is to make signage as legible as possible for as many people as possible.

As insignificant as this may all seem to the average Joe, the truth is design is all about details. Design affects us consciously and subconsciously, and even though you have more important things to worry about than interstate signs, that doesn’t mean they don’t have an effect on you or society. That’s why design is always a relevant concern, even (or maybe especially) for government agencies.

Nyla is a Graphic Designer, Web Designer, Front-End Web Developer and Consultant with over 15 years of experience. She is the owner of n-Vision Designs, LLC in Hampton Roads, Virginia, which exists to provide marketing support and brand consulting to small- and medium-sized businesses needing creative solutions. Contact Nyla if you'd like to discuss your next creative project. She can usually be bribed to a meeting with a cup of green tea and an oatmeal cookie.
PrevPreviousInterview with a Magician Brand: Crystal Cosmopolitan
NextInterview with a Caregiver Brand: Becoming FamiliesNext 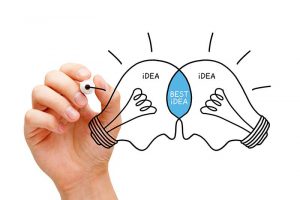 Have you heard of “Quirky”? It’s a website that allows you to submit your ideas for inventions, has people comment on and vote up the ideas, and if yours is chosen, the Quirky team actually brings it to life — they manufacture it and make it available for retail. 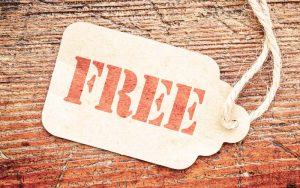 “I decided to go into business so that I could work for free,” said no one ever. But is all free work created equal?

Let me let you in on a little trick of professional graphic designers. This little last-minute tweak can make a huge difference—and it’s a key factor separating the amateurs from the experts.