PrevPreviousBranding Mistakes: Blending in With the Crowd
NextThe Best Way to Incorporate Social Media on Your WebsiteNext

Should I Include Trademark Symbols in My Logo? 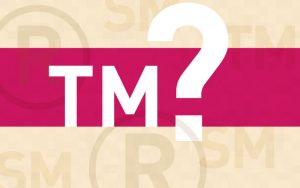 Let’s clarify the symbols you may see hanging around a logo. They are the “Circled-R” (®), TM(™), and SM(℠). These are used to indicate how the mark is protected. The ® symbol means “registered” and therefore, can only be used once the mark has been officially registered with the United States Patent & Trademark Office (USPTO). By contrast, ™ and ℠ are usually used with unregistered marks simply to give notice of ownership of rights to that mark — meaning you don’t actually have to apply for federal registration to use them. “SM” means “service mark” and is technically used to distinguish services, whereas “TM” (trade mark) should be used to distinguish goods — though ™ is commonly applied to both.

Supposedly, failure to use the symbol may actually limit your ability to collect damages for trademark infringement. But, even this is somewhat subjective. Right now, if you visit the websites of some large brands, you’ll notice that Nike does not use any trademark symbols in their website’s logo. Neither does Microsoft (even though they used to in the not-so-distant past). Starbucks uses ™ (though I’m quite sure they’re federally registered). Staples has ®. Walmart has none. Burger King has ®. Bed Bath and Beyond has®. GE has none. IBM has ®. Apple has none. Sony has none, but the Playstation logos (which belong to Sony) all have ®. So…what’s going on? As I said, inclusion of these symbols is optional. You’ll notice that large brands like these used the ® symbol in their earlier days. From that, I’d conclude that once you are a globally-recognized brand (with highly-paid legal departments), you may no longer feel it’s necessary to notify the public that your logo is protected… by that point, it’s understood. For young, small, or localized companies, this is not the case, so go ahead and show off that ® proudly. You’ve earned it.

You CAN include ™ … but should you?

Any time you claim rights in a trademark, you may use the ™ or ℠ symbol to alert the public to your claim, regardless of whether you have filed an application with USPTO.

It’s not necessary to include ™ or ℠…

This is a matter of opinion, but I prefer to leave it off. It offers no real legal protection, no more than you already have under common law. Common Law rights state that merely using your logo in the course of your business gives you the rights to it. (Of course, federal registration provides several advantages over common law, but that’s a different discussion. See “Is it necessary to trademark my logo?“.) I prefer to leave it off because it can often feel arbitrary, like an afterthought, and just adds clutter to a logo (which I am totally not a fan of). This is especially true when the logo is used at small sizes, and the TM or SM tends to look like a random pen smudge because it is so small, which can be distracting.

…But you still may decide you want to use it. Why?

The whole purpose of using ™ or ℠ is to bring attention to the fact that you are claiming rights to it. So to make this claim exceedingly and abundantly clear, you can include ™ or SM; but it does not technically give you any added protection. However, for companies that have legal departments or Intellectual Property lawyers at their disposal, they may often err on the side of caution and advise adding it. Also, consider the subtle psychological cues it communicates— will it make the brand appear more legitimate and serious to unknowing consumers? Possibly.

Where should it be placed?

If you’ve decided to include ™, ℠, or ®, where should it go? While there is no hard and fast rule, common practice puts ™ and ℠ to the top right of the logo; and ® at the bottom right. If the logo designer knows upfront that you want to include it, they may be able to find a way to work it a bit more seamlessly into the design, so that it helps to balance the logo, as opposed to looking like an afterthought or mistake.

At the end of the day, this is a legal issue. Follow the guidance of your lawyer. But, it’s also a design issue, so be sure to let your logo designer know your intentions as soon as possible.

Nyla is a Graphic Designer, Web Designer, Front-End Web Developer and Consultant with over 15 years of experience. She is the owner of n-Vision Designs, LLC in Hampton Roads, Virginia, which exists to provide marketing support and brand consulting to small- and medium-sized businesses needing creative solutions. Contact Nyla if you'd like to discuss your next creative project. She can usually be bribed to a meeting with a cup of green tea and an oatmeal cookie.
PrevPreviousBranding Mistakes: Blending in With the Crowd
NextThe Best Way to Incorporate Social Media on Your WebsiteNext 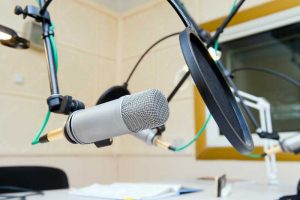 Interview with a Logo

Do you ever find yourself talking to things… that can’t talk back? No? Right, um, me either. But let’s say that you did, and one of the things you talked to was your logo. Presenting… Interview with a Logo: 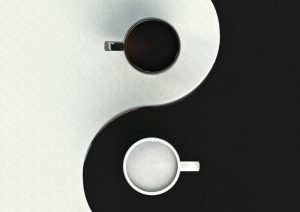