Font vs Typeface — What’s the difference? 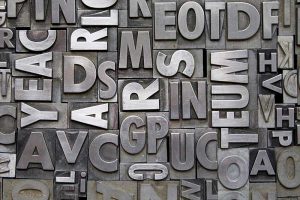 This is just a brief lesson in “font vs typeface”. These two terms are not synonymous, and are used interchangeably quite frequently (like, every day) when they shouldn’t be. But in actuality, the distinction between terms has become somewhat fuzzy to the point where even those in the design industry disagree. What gives?

What is a typeface?

A typeface is the design of the letters (and numbers, and symbols and other typographic elements that make up a particular style). It’s the actual shapes and curves and white space that make up the style of the characters. Typefaces are designed by type designers (in a pretty meticulous process, mind you). Pretty much everyone agrees on all of that. Where you might start to hear some rumblings of disagreement are in reference to variants. What do I mean by variants?  Take Gill Sans, for example. Its variants may include Gill Sans Bold and Gill Sans Italic. While some label “Gill Sans” as the typeface, others classify each individual variant (e.g. “Gill Sans Bold”) as the typeface. They maintain that when you put all the variants (typefaces) together, you get a type family of Gill Sans. Okay, so hold that thought…

What is a font?

A font is the digital file you install on your computer. Think of it as the container of a typeface. Fonts are created for digital machines so that they can understand and use the typeface it represents. Again, pretty much everyone agrees up to that point. However, remember those variants we talked about? Some say that a font can also be a specific variant of a typeface: so, the font Gill Sans Bold and the font Gill Sans Italic are both parts of the typeface Gill Sans. Others hearken back to the historical function of a font and say a font is specifically a particular size and variant of a typeface (e.g. “Gill Sans Bold” is a typeface and “16 pt Gill Sans Bold” is a font).

It’s a somewhat muddy distinction to some, and the truth is, the meaning has become a bit convoluted simply because of advancements in technology. The terms are just not so cut and dry anymore. Originally, the term “font” was in fact used to describe the contents of a box of metal type used on a letterpress, in a particular size and variant of one typeface. So the box (font) holding 14pt Gill Sans was different than the box (font) containing 20pt Gill Sans. However, once we started using computers instead of letterpresses for designing and laying out type, the term “font” immediately started its downward spiral towards irrelevancy (as it pertained to its original usage).

Personally, today I appreciate the distinction of: type family = Gill Sans; typeface = Gill Sans Bold; and font = 14pt Gill Sans Bold. But it’s just not practical to be that pedantic about it.  It’s an uphill battle – too many people to educate and not enough consensus even in the professional world. Yes, that makes the purist in me a little sad.

Regardless, it is still safe (and correct) to think of a typeface as a design and a font as its digital container. No matter how far you go down the rabbit hole, this distinction at least continues to hold true. To clarify further, I’ll reference an oft-repeated analogy, and compare it to music. A song is created by an artist. When you listen to a song on your computer or iPod, you’re playing a digital file (an .mp3 for example). If you really like what you’re listening to, do you say “man, I really love this .mp3”? Probably not. Most likely you’ll say, “man, I really love this song!” A typeface is like a song — it’s a creative work; and a font is like the .mp3 file that contains the song in a form that your computer understands and allows you to listen to it. Make sense? So next time you see a “font” that is appealing to you, remember that what you’re actually appreciating is the design, and then declare your appreciation of the typeface instead. If nothing else, you’ll make design purists really, really happy.  🙂 And as for the rest of it, eh, there are more important things in life to think about. Like whether to have chocolate or strawberry ice cream for dessert.  Hmm, chocolate. Definitely. See? And all is right with the world again.

Nyla is a Graphic Designer, Web Designer, Front-End Web Developer and Consultant with over 15 years of experience. She is the owner of n-Vision Designs, LLC in Hampton Roads, Virginia, which exists to provide marketing support and brand consulting to small- and medium-sized businesses needing creative solutions. Contact Nyla if you'd like to discuss your next creative project. She can usually be bribed to a meeting with a cup of green tea and an oatmeal cookie.
PrevPreviousThou Shalt Not Steal (Images)
NextGet Creative with Your Business Cards!Next 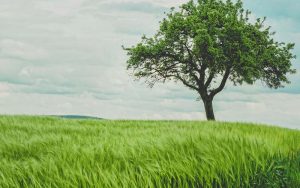 Sir Isaac Newton’s third law of physics states that every action has a reaction. But you don’t have to get beaned on the head with an apple to realize the universal laws of physics also apply to marketing.

Is Direct Mail Still a Good Strategy For You?

For a while now, we’ve heard that print advertising is dying. I don’t believe it. Yes, it’s true that online marketing is booming. However, that doesn’t mean we leave print marketing in the dust — we just get smarter about using it. 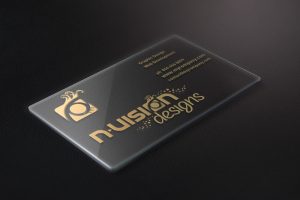 Get Creative with Your Business Cards!

Business cards are, without a doubt, the most common marketing piece there is. But that doesn’t mean it has to look common! Read on for a few creative business card ideas you may want to consider.