All About the Everyman

As modeled by the Regular Joe or the Girl Next Door, the Everyman archetype is wholesome and genuine – which makes it irresistibly likeable! The Everyman tends to demonstrate the underlying American ideals of hard work and honesty, and embraces common sense values and authenticity. The Everyman feels no need for pretense. It doesn’t desire luxury or measure itself by status symbols — as demonstrated by a high-powered executive who comes to work in jeans and sneakers, for example.

The Everyman wants to fit in and be part of a group. Its motivation is to belong and be accepted. While this generally means a surface-level embracing of all people, it also manifests into a joining of cliques, social clubs, and memberships, to be around like-minded peers.

The Everyman brand archetype is easily seen in mom-and-pop stores, local diners, and community events that have a down-home culture, genuine and caring. TV shows like Friends, Seinfeld, and Cheers celebrate the simple joys of the everyday and being surrounded by people who know and accept you. Personalities like country singer Blake Shelton win us over with homespun charm and good-natured humor. Brands like Wrangler Jeans, Wendy’s, Discover, and Budweiser are heavily dependent on the Everyman archetype. And even many who disagree with Barack Obama’s policies will admit that he himself is a relatable and likeable guy. That’s the Everyman at work.

The Everyman Brand in Action

Everyman brands tend to have or portray a family culture, welcoming and inviting. Their products or services may have mass appeal or be applicable to a broad audience, and are generally meeting a basic need, nothing fancy or extravagant.

The marketing of an Everyman brand often speaks in a colloquial voice and uses wholesome imagery. There are no outlandish claims, nothing designed to get shock value. Money-back guarantees and other trust-building elements are common. Everyman brands will find that social media is a great outlet for them, and smart brands will use it to become even more relatable, transparent, and helpful to their customers.

The organizational structure of an Everyman brand downplays hierarchy. Decisions are made democratically or by consensus. Working in teams is common. There is a strong sense of pride in the work that is done, and the atmosphere is comfortable and casual.

The Different Levels of the Everyman Archetype

Each of the 12 different archetypes has levels. The lower levels are less mature while higher levels are more developed.

Level 1: The Everyman archetype is expressed through seeking any sort of affiliation, typically spurred by feelings of loneliness.

Level 2: One learns how to connect (form and nurture relationships) and fit in.

Level 3: The dignity afforded each person, regardless of differences, is realized and practiced.

There are different aspects of the Everyman archetype that can emerge, based on the strength of various attributes. The book Archetypes in Branding includes the Everyman as one of five related sub-archetypes.

The desire consumers have to be heard and understood is a frustration that many large corporate brands don’t address well. Discover’s well-known “We treat you like you’d treat you” campaign shows that this is a brand that cares about the experience of its customers, and is as relatable and responsive as you would be to yourself.

What brings people together better than a nice cold beer? Whether making new friends or relaxing with old buddies, there’s nothing pretentious about a Bud. Who doesn’t remember the classic “Whassup” Budweiser commercials? The original showcased the entertaining camaraderie shared amongst a bunch of guys  — and inspired countless remakes that make this campaign one everyone can relate to.

If a nice comfortable pair of blue jeans isn’t Everyman, what is? Wrangler pulls very heavily on midwest cowboy culture, marketing to those who put in days of hard sweaty work.

Along with their “Ultimate Cowgirl Next Door” contest, the brand epitomizes the Everyman principles of genuine, authentic, normal people who demonstrate American values.

If you’ve ever walked into a Moe’s Southwest Grill, you’ll be greeted with a hearty and heartfelt “Welcome to Moe’s!” Every. single. time. It’s part of their laid-back and inviting atmosphere. Their brand video states: “We’re not fake, stodgy, or corporate. We’re open, honest, and down-to-earth. A place where friends, family, and coworkers check their worries at the door.” They have intentionally created a culture that feels very much Everyman, where you’re free to be yourself, surrounded by friends.

Everyman consumers are neighborly, offering help when needed. They are respectful of others even when they don’t know (or particularly like!) them very much. They are reliable and believe in the merits of a hard day’s work. Usually frugal, they appreciate the simple things in life. They are humble and tend to root for the underdog.

Brands that want to attract Everyman consumers should focus on the experiences they provide to them. A brand that is approachable, responsive, and friendly will go a long way in reaching these consumers. Innovation, while always important, is less of an issue for Everyman consumers. With a quality product in tow, brands should go back to basics and focus on giving Everyman consumers the assurance of trustworthiness, reliability, and openness.

Is Your Brand an Everyman?

Does your brand help people fit in or feel comfortable being themselves? Do you promote down-home “old-fashioned” values? Are your products/services something used in common everyday life? If so, you may be an Everyman brand. 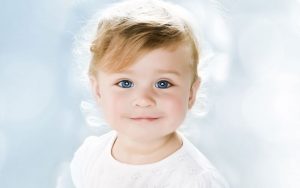 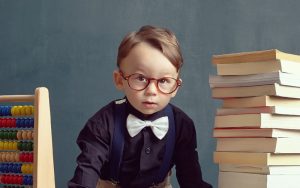 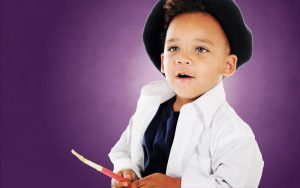 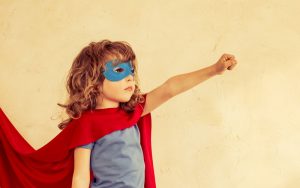 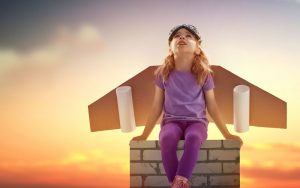 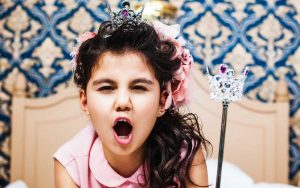 Nyla is a Graphic Designer, Web Designer, Front-End Web Developer and Consultant with over 15 years of experience. She is the owner of n-Vision Designs, LLC in Hampton Roads, Virginia, which exists to provide marketing support and brand consulting to small- and medium-sized businesses needing creative solutions. Contact Nyla if you'd like to discuss your next creative project. She can usually be bribed to a meeting with a cup of green tea and an oatmeal cookie.
PrevPrevious“V” is for Vector
Next“W” is for WatermarkNext 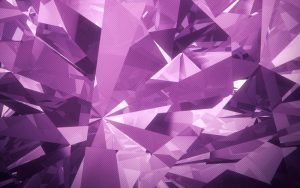 “The greater joy and positive personal transformations we create, the greater the amount of energy we will have to help others, and the greater positive energetic imprint we will leave in this world as our legacy.” 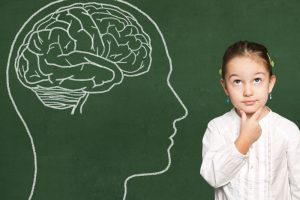 What role does psychology play in design? A big one. You don’t have to be a student of Freud to understand how basic psychological principles, when applied to design, can have a measurable impact.

“H” is for: Hexadecimal

Do you ever find yourself frustrated over color? For instance, do you know how to ensure that your brand colors will be consistent across every form of advertising that you use — from your print to your online marketing efforts? Here is a quick lesson that can help.