PrevPrevious“Y” is for: YouTube
NextInterview with a Magician Brand: Crystal CosmopolitanNext 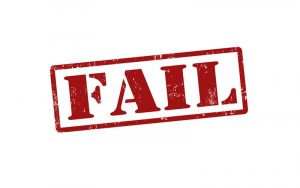 Nike just introduced their NikeCourt Premier Slam Dress on its sponsored athletes at Wimbledon. A departure from the usual skirt and top worn by the players, this was definitely something new – a short, loose, babydoll-style dress. The result? Apparel that was arguably not at all suited for professional tennis. The too-short, flappy dress meant some players had to battle not just their opponent, but their own outfit. When was this discovered? Well, when the athletes were wearing the dress while playing in the tournament. Of course.

Nike was pressured to alter the dresses in response, tailoring them slightly for remaining play. But the change is hardly noticeable to many.

So, what happened here?

When things like this happen, the natural reaction is to ask “Who was the genius behind this? Did they not think this through?”

The world may never know in this case. Some speculate that Nike doesn’t have the players’ best interests in mind, and are simply out to increase their own publicity and profit. (And in fact, as of today, the dress is sold out on their website, so perhaps their ploy worked.) Nike stubbornly holds fast to their claim that the dress is indeed optimal for the free movement tennis players need, and they refuse to see this as a failure in any sense.

However, when it comes down to it, any responsible business should strive to serve their customers to the best of their ability. And, particularly when you don’t have the perks of being an industry giant like Nike, catering to your end-users becomes an incredibly crucial point in growing your business and your profits.

While Nike’s claim may be true that the dress offers athletes the free movement they need, it doesn’t mean that this feature doesn’t cause other unintended or unconsidered issues.  The only way to know is to test — in real life situations by people who will actually be using it.

That is why I’m a big proponent of user experience and user testing in web design. It is easy to get caught up in the glitz and glam of your brand new website that you spent months planning or collaborating on, and miss the forest for the trees. It is common for business owners to rely on their own assumptions and perspectives, and end up being completely wrong.

A business’ website is built for their end-users, which means it must be usable, relevant, and friendly to the ones who will actually be using the site. Business owners should always leave their assumptions and egos (and yes, at times, greed or the lure of quick profit) at the door in pursuit of this greater quest. Smart business owners will get real feedback from actual users – ideally before the big launch.

What Business Owners Can Learn from Nike

The last thing you want to do is invest time and energy striving to perfect a product, only to release it and find out it’s not functional or appealing for the end-user. If this has happened to you before, you now how gut-wrenching (and pocket-draining) it can be. But, don’t feel too bad. Even Nike screws this up every once in a while. Yet, while they may be able to bounce back from it, don’t assume you will be able to as easily. So when it comes to user testing, the only cue you should be taking from Nike is “just do it.”

Nyla is a Graphic Designer, Web Designer, Front-End Web Developer and Consultant with over 15 years of experience. She is the owner of n-Vision Designs, LLC in Hampton Roads, Virginia, which exists to provide marketing support and brand consulting to small- and medium-sized businesses needing creative solutions. Contact Nyla if you'd like to discuss your next creative project. She can usually be bribed to a meeting with a cup of green tea and an oatmeal cookie.
PrevPrevious“Y” is for: YouTube
NextInterview with a Magician Brand: Crystal CosmopolitanNext 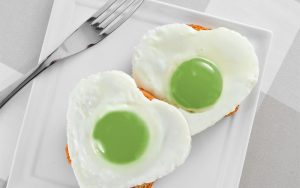 The Sam-I-Am Guide to Marketing: How Dr. Seuss Got it Wrong

Could YouTube be the magic bullet for all of your marketing goals? In all honesty, you could develop your entire business marketing plan around YouTube. I’m not saying you should do that, but since YouTube is recognized as the second largest search engine, you might want to think twice before you decide to ignore it. 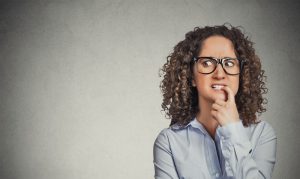 The Ambiguity Bias is Scaring Away Your Customers

The ambiguity effect can rear its ugly head without you even being aware of it. It can stop potential customers in their tracks and send them straight to your competitor. Fortunately there is an easy fix to this prevalent cognitive bias. With just a little effort on your end, minimizing this bias can yield great returns for your bottom line.