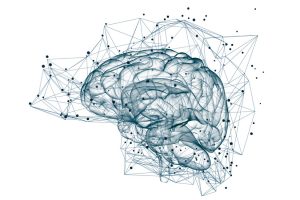 Human behavior is a tricky thing. It is predictable just as much as it’s unpredictable. It is sometimes rational, but mostly, not. Particularly as it comes to decision making. As a marketer or small business owner, you should be aware of cognitive and emotional biases and how they may be impacting your customers or potential customers. This is not so that you can exploit these biases, but so that you can make sure they’re not working against you. One that could be impacting you right now is the default bias (which we reviewed in “Running on Default: Harmless or Risky?”).

To illustrate a few others, let’s look at a day in the life of Jane.

“Jane and the Lampshade”

Jane walks in her front door, carrying a wriggling bundle of joy. Poncho is his name, and he is an energetic little pug puppy. So energetic in fact, that within five minutes, he has managed to knock her favorite lamp onto the couch and chew a big hole in the lampshade. No problem, it’s just a lampshade… right, Jane? Problem is, this lampshade had been custom made just for this particular lamp. A replacement will be hard to come by. But Jane needs a new lamp shade. So she makes sure Poncho is comfortable in the kitchen, and, securing the puppy gate behind her, off she goes to find one.

Jane stops in a local lighting store. As she wanders through a section of lampshades, she notices a price tag. $150 dollars?! That’s entirely too much. Her previous lampshade was only $85. After wandering around a bit more, she walks out, feeling a little discouraged. On to the next store.

$200?! Why are these lampshades so expensive? Suddenly, it strikes her — she remembers now that she had ordered her first lampshade during a half off sale. So $85 might be unrealistic this time around, she sighs to herself. Even so, she doesn’t see anything she likes here either. Turning around abruptly, she nearly collides with a giggling toddler standing at the shelf behind her, picking up lampshades and putting them on his head.

“These parents really need to learn how to control their kid,” Jane mutters, annoyed at their apparent incompetence.

Jane drives all around town, visiting every lighting, home décor, and furniture store she comes across. But she just can’t find what she is looking for.

Sitting in her car after the last store, Jane pulls out her smartphone and visits a few websites that sell lampshades.

Scrolling through the umpteenth site, feeling especially discouraged, one product photo catches her eye. Tapping on the photo for a close up, her heart skips a beat and Jane instantly falls in love. This is the one! It’s gorgeous! It’s PERFECT! If she closes her eyes, she can just picture it in her living room!

Looking at the dimensions listed in the product description, she suddenly realizes she doesn’t remember the size of her lampshade at home and is kicking herself that she didn’t think to measure it before she left. And the price. Whoa, that’s way more than she was expecting to pay.

But there is only one left in stock. It says so right there in bold red type. In large print beside it was the kicker: “CLOSEOUT ITEM. FINAL SALE. RETURNS NOT ACCEPTED.” Jane suddenly feels a small wave of, what is that…panic? She is 45 minutes from home. Should she risk taking the time to drive back and measure her lampshade? Should she buy this one online right now? But if it doesn’t fit, she wouldn’t be able to return it. She would have wasted a big chunk of her hard-earned money. Oh, what to do.

She then notices in smaller italicized print another notation: “…However, preowned items may become available in the future which will be sold at 60% off. Sign up here to be added to the waitlist and be notified if this item becomes available. ”

Hmm, Jane ponders for a few moments. A savings of 60% on this high ticket item is incredible! If she just holds off on this purchase, she will be able to both confirm her lampshade measurements and potentially get the lampshade at a great discount!

After wrestling with the decision for a few minutes, Jane decides the savings on a potential lampshade isn’t worth the very real certainty of missing out on a sure thing. She clicks “Add to cart” and checks out. She did it! The lampshade is hers! With a sense of relief she buckles up and pulls out of the parking lot to go home.

Standing outside her front door trying to find the right key, she hears a suspicious thumping sound from inside. Uh-oh. Poncho? A sense of dread starts to grow in her gut. Fumbling to get her key in the lock, she finally manages to turn the handle, and the sight she beholds makes her drop to her knees in defeat. The kitchen gate is open, with Poncho running happily around the house, stopping only briefly to curiously assess his latest damage — her precious lamp, now on the floor, this time smashed into pieces.

So what can we pull from this story? (Aside from the fact that Jane lives in a world where $200 lampshades are the norm. Apparently, Walmart doesn’t exist for her.) We can review Jane’s actions through the lens of a few common cognitive and emotional biases — the same ones that affect all of us daily — in particular, loss aversion, scarcity bias, anchoring bias, and actor-observer bias.

What it is:
The human tendency to avoid loss. Losses generally have a larger impact than gains of the same size. We are simply more sensitive to them. For example, most people consider the loss of $100 more significant than the happiness of gaining $200. The pain of loss is stronger than the pleasure of gain.

Loss aversion and Jane:
In Jane’s case, loss aversion could be framed in two different ways:

Ultimately, largely due to the scarcity bias (see below), the second scenario was more significant to Jane, and became the driving factor for her making the purchase.

What loss aversion means for you:

And remember, it may simply be a matter of framing your words appropriately. This, in fact, introduces another cognitive bias, the framing effect. In the same way that Jane getting the lamp could be seen as either a loss or a gain, your customers may also be approaching your offering from differing perspectives. Dispell any ambiguity and set the stage for your potential customers by communicating in clear terms what the loss and the gains are. It could make all the difference in persuading them to follow through with you.

What it is:
The almighty FOMO – Fear of Missing Out. When something is in short supply, we want it more and it becomes more valuable to us. This is closely tied to regret aversion — the tendency to minimize the possibility of future regret, even if it is not the most logical choice.

Scarcity bias and Jane:
Because there was only one lampshade left, Jane was willing to take a risk and pay more for it in order to make sure she got it. The regret of missing out on this lampshade is what weighed most heavily in her decision.

What scarcity bias means for you:

Anchoring bias and Jane:
In Jane’s world, a lampshade costs $85, because this is what she paid for her previous one. $85 was her anchor. This explains why when she saw a lampshade for $150, she considered it too high of a cost. Of course, after remembering that her $85 was actually a discount, the anchor was replaced by $150, as that was the “new” first piece of information she had. Now, anything less than this would be considered a good price.

What anchoring bias means for you:

What it is:
The tendency to attribute others’ undesirable behavior to their character, but our undesirable behavior to our circumstances. For example, we get upset if somebody is tailgating us — and we deem them irresponsible drivers and rude people. But if we do the same thing, certainly it’s not because we’re irresponsible — it’s because we’re in a hurry to get someplace important and the person in front of us is simply driving too dang slow. The imbecile.

Actor-observer bias and Jane:
Jane is annoyed by the apparently incompetent parents who are letting their child play in the store. When Jane is the observer, the other person is at fault. Yet, the whole reason Jane is in her situation is because she wasn’t able to control her “child” the puppy, at home. When Jane is the “actor” in this situation, she doesn’t declare herself incompetent, she is more likely to point the blame: that puppy is new to her house and didn’t mean to do it. He’s just got a lot of energy, and is not old enough to know any better!

What actor-observer bias means for you:

Cognitive biases: use them to inform, not to deceive.

It’s worth pointing out how this experience of Jane’s will impact her future decision making. The unfortunate end to Jane’s lamp after her expensive lampshade purchase will likely contribute toward other cognitive biases in Jane’s future, perhaps the endowment effect, negativity bias, or outcome bias.

As you can see, Jane is an example of how complex decision-making is. We are all influenced by a variety of factors. We all have biases. Cognitive biases influence each other, and can even work against each other! People are complex, as they each bring their own experiences, attitudes, and pre-conceived notions with them. The goal for business owners and marketers is not to attempt to exploit the biases or manipulate people. Not only is that unethical but it can backfire. The goal should be awareness and understanding of these biases. Because when assessing what is working and what is not in your business and marketing, it would be unwise to ignore these major influencers of decision-making.

Nyla is a Graphic Designer, Web Designer, Front-End Web Developer and Consultant with over 15 years of experience. She is the owner of n-Vision Designs, LLC in Hampton Roads, Virginia, which exists to provide marketing support and brand consulting to small- and medium-sized businesses needing creative solutions. Contact Nyla if you'd like to discuss your next creative project. She can usually be bribed to a meeting with a cup of green tea and an oatmeal cookie.
PrevPreviousBrand Archetype FAQ: We had multiple people in our organization take the brand personality quiz, and we got different results. What does this mean?”
NextBrand Archetype FAQ: Will our archetype change based on the products we offer?”Next 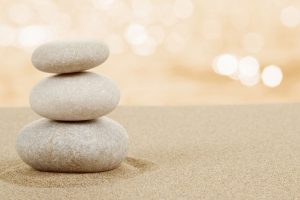 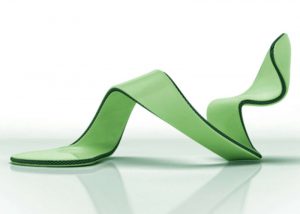 Substance Over Style: How Does Your Website Measure Up?

The Importance of a Print Stylesheet

A website is designed to be viewed on a screen, right? Sure, no-brainer. So should you care how your website looks when it’s printed? Good question.