The first issue with the current New Zealand flag is that Australia’s flag is almost identical. (Take a peek at the two flags below.) Citizens of other countries are always goofing up the two, often leading to embarrassing moments, such as when a New Zealand government official is seated under the Australian flag or vice versa at international events. Hmmm…

The second issue is the flag’s depiction of the Union Jack, which hearkens back to the days when New Zealand was a British colony and does not acknowledge the country as an independent nation, which kinda bothers some folks.

The third major issue with the current flag is that it does not reflect the ethnic diversity of its people. While the majority of modern day New Zealanders are of European ancestory, the country is also home to the Māoris, the indigenous Poylnesians who first populated the land in the 13th century. The Māoris are an important part of New Zealand’s history and many feel their heritage should be included on the country’s flag.

Changing a national flag seems like a pretty big deal (and it is . . . to the tune of $26 million, dontcha know), but New Zealand is not the first country to attempt such a feat. For example, we all know what the Canadian flag looks like now with its easily recognizable red maple leaf, but do you remember what it looked like before 1965?

The Unflagging Principles of Good Design

Politics aside, what makes a good flag design?

The primary purpose of a flag is to represent a country and provide a clear sense of identity to others around the world. A design should stick out, not be so similar to another that the two are always being confused. (Australia and New Zealand, we’re looking at you.)

Simplicity is a flag’s best friend. Designs should be easy to read in different sizes, at a distance, and from each side. Complexity should be shunned and simplicity embraced with a limited number of colors between 2-4. Use easily identifiable shapes, like Canada’s red maple leaf or the USA’s stars and stripes. Detailed pictograms or complex illustrations should be avoided.

If simplicity is a flag’s BFF, ambiguity is its enemy. People shouldn’t be staring at a design and scratching their heads in bewilderment. (Have you seen the flag of Sicily? No offense, Sicilians!)

It all boils down to the inherent value of clear communication. Before the design process is even begun there are some questions that should be asked: If using symbols, what do they stand for? Are they well known? Are they enduring or will the design be out of date in ten years? Does the overall design convey the appropriate values?

Good solid design never goes out of style and the basic principles of balance, contrast, and asymmetry should be used as guides. Skillful execution paired with creativity can create something unique.

So how do the top four flag designs stack up? Let’s take a look.

Simplicity? Check. All four designs use big, bold silhouetted shapes and all use between 2-4 colors.

Distinct? You bet! Three of the four options use a fern shape, which has been a distinctive symbol of New Zealand for at least 100 years.

Good solid design? Yes. Speaking from a purely design standpoint, these four flag options are all well composed, have good contrast, and each uses asymmetrical balance – a focal point – for visual interest.

So if these are all considered well-designed flags, then why does one poll suggest only about a quarter of the country’s inhabitants support this redesign effort at all? Why so many negative Nellies in New Zealand?

For many, the new flag designs failed on the execution/creativity spectrum. Much of the feedback refers to the designs as “too corporate,” meaning they look more like corporate logos than calling cards for a vibrant country with a dynamic citizenry. “Boring” also tops the list of complaints.

Another possible reason the new designs aren’t resonating is ideology. Let’s face it, people are often averse to change. They become tied to their symbols and see them as part of their cultural identity.

Also, changing such a ubiquitous national symbol as a flag is an expensive project. The total bill for the redesign comes in at around $26 million, which is a whole lot of cheddar that many people feel would be better spent on more pedestrian things — you know, little issues like education reform, transportation, and healthcare.

At the end of the day, maybe it all comes down to the fact we are all diverse individuals who can’t agree on anything! Just like you’ll never have a presidential election where the entire country votes for one candidate, there will always be people who feel differently about what represents them as a country or a culture.

For some insight directly from New Zealanders, #nzflag on Twitter can be enlightening as well as humorous.

And the Winner is…

If New Zealand does decide on a new flag design, the winner won’t be unveiled until 2016. New Zealanders will have the opportunity to rank their choices in the first round of voting that will be held from November 20 – December 11, 2015.

Once the most popular choice has been determined, the second round of voting will commence in March of 2016, when the current flag will be pitted against the new choice. The winner of the second round will be declared (or re-declared) the official flag of New Zealand.

As is often the case in these situations, alternative design options have arisen, and one in particular has gained a lot of traction.

Red Peak made the short list of 40 designs, but not the final cut. Many New Zealanders have rallied behind this design and a petition on change.org asking the consideration committee to allow Red Peak as a fifth option on the ballot come November has garnered more than 50,000 signatures.

Those in Red Peak’s camp claim the proposed designs are too similar. After all, they argue, two came from the same designer and have the same design, just with a slightly different color scheme.

People are drawn to Red Peak’s geometric abstract symbolism that pulls from multicultural motifs, and many feel it is a better representation of New Zealand’s unique geographic position. Since the country is right on the Date Line, New Zealand is first to see the dawn of each new day. The sun passes from east to west, lighting up the right side of the sky (represented by the blue portion of the flag) before the left, which is black to represent night. The red triangle represents the volcanic mountains that formed the land.

The government-appointed Flag Consideration Panel says at this point they cannot add a new option, as that would be changing the rules too late in the game.

As is often the case in graphic design, it is impossible to please everybody. Nothing shows this more clearly than a redesign process of a country’s flag. That is why it’s important to have a good foundation built on clarity, simplicity, and solid design principles, and, more importantly, to truly explore the values and ideas the design is meant to convey.

UPDATE, March 30, 2016: The Kiwis have spoken, and they aren’t ready for change. After the first referendum ended, the option that emerged as winner was the black, white, and blue Silver fern flag. When pitted against the original flag in the second round of voting, the country said, “No thanks, we’ll keep it as is.” So, was it all for nothing? Perhaps. But the Chair of the Flag Consideration Panel points out what he sees as a silver lining: “Kiwis have had an opportunity to really consider what our flag means, what it represents to them, and for the first time in history, choose a flag.” So there’s that.

Nyla is a Graphic Designer, Web Designer, Front-End Web Developer and Consultant with over 15 years of experience. She is the owner of n-Vision Designs, LLC in Hampton Roads, Virginia, which exists to provide marketing support and brand consulting to small- and medium-sized businesses needing creative solutions. Contact Nyla if you'd like to discuss your next creative project. She can usually be bribed to a meeting with a cup of green tea and an oatmeal cookie.
PrevPrevious“I” is for: Italic (Faux vs. True)
Next“J” is for: JoyNext 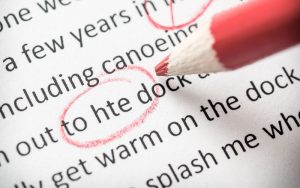 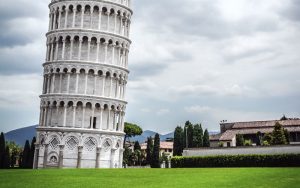 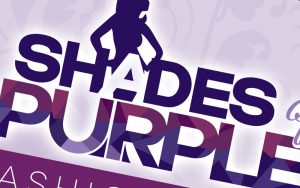 “M” is for: Monochromatic (One is the Loveliest Color)

It was September of 1965 when the color television revolution changed the world. Programming previously watched in shades of gray was now bursting in full color for all to see! It’s understandable that we are drawn to color; we equate it with life and vibrancy. So when I tell you that monochromatic has merits, don’t tune me out just yet!