PrevPreviousBrand Archetype FAQ: “Will my brand archetype ever change?”
NextWho Should You Hire to Build Your Website?Next 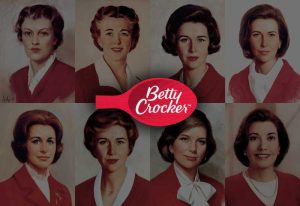 If you’ve never heard the story of how Betty came to be, it’s all here on the Betty Crocker website. Spoiler alert: Betty’s not a real person. The catalyst behind Betty was Samuel Gale, an advertising manager at Washburn Crosby Company (which later became General Mills). He didn’t feel that the housewives who were writing in asking for advice would be as receptive to an answer from a man, so he signed the letters with a friendly-sounding female moniker: “Betty Crocker” … And thus, in 1921, a brand icon was birthed.

Betty Crocker is an enduring and ubiquitous brand. As you yourself work to build a stronger brand, here are five lessons you can take away from its success.

Lesson #1: Give people something to connect with.

A brand character can be an incredibly powerful way of forging a connection with your audience.

Humanizing a brand is a smart move. So it should come as no surprise the depth and breadth of connection Betty inspired with people. Longtime consumers have stories about how Betty Crocker helped them through difficult times with her personalized responses to their letters; or how Betty’s tips and recipes created family traditions that have endured throughout generations. In her book, Finding Betty Crocker: The Secret Life of America’s First Lady of Food, author Susan Marks remarked on the strong feelings of hope and nostalgia that Betty evoked, noting “The sheer magnitude —and longevity— of her popularity speaks volumes of the need she has fulfilled in countless lives.” In 1945, Betty Crocker was even named the second most popular American woman, topped only by First Lady Eleanor Roosevelt. That’s a pretty high honor for someone who isn’t even real.

See an idea out to its fullness. How far can you take it? How big can it get? The most successful and enduring marketing efforts are those that see an idea all the way through — and beyond.

Betty Crocker was not just a name added to a few letters. The company ran with the idea of Betty Crocker completely and intentionally, and allowed Betty to take on a life of her own.

In other words, Washburn Crosby Company / General Mills didn’t do this halfway. They really did it. And it paid off.

Lesson #3: You can evolve with the times without changing who you are.

Once you have established an identity, stick to it, but don’t forget you also need to stay relevant.

Since 1955, Betty’s image has evolved many times to reflect the culture. In 1972, the updated Betty portrait featured a more business-like professional image to reflect the increasing role of women in the workplace. Her 1996 portrait was digitally composited from 75 diverse women nationwide, resulting in a more ethnically ambiguous Betty. To date, there have been eight versions of the Betty Crocker portrait through the years; yet, she always remained true to her essence, a caring motherly figure ready to dole out helpful advice (a perfect embodiment of the Caregiver brand archetype!).

Besides this, the Betty Crocker brand kept up with technology over the years, modernizing its promotional efforts through its online presence, apps, and digital offerings. In 2011, the Betty Crocker Facebook page had over 1.4 million fans, many under the age of 35. In 2016, Betty was still highly revered. And now, at the time of this writing, the brand’s Facebook fans number more than 5 million. So, a 95-year-old homemaker brand is maintaining relevance even to (gasp!) millenials. You can’t do that without a bit of flexibility — but you also need a strong authentic core to fall back on. Which brings us to…

It’s nearly impossible for people to connect with something that doesn’t feel real to them.

This may seem a hypocritical point, seeing as how Betty Crocker is a fictionalized character that to this day, many people believe is real (case in point: “when did Betty Crocker die?” was one of the related search terms that popped up on my Google search). But it’s especially because of this that it’s important to bring it up.

When Samuel Gale was answering the original letters that birthed Betty, supposedly he didn’t just make up some fluff; he actually went out of his way to get real answers — in his case, asking the women of the Home Services department of the company to weigh in, since he knew they could speak more authentically to the questions. Find a way to speak to your audience from a real place. That is perhaps one of the greatest measures of authenticity. Arguably, the best proof of this comes by way of a 1945 Fortune magazine article, which revealed Betty as a “fake” and a “fraud”. Within all reason, this could have been a drastic hit to the brand. But it wasn’t. Even knowing Betty wasn’t real didn’t prevent people from feeling a connection or wanting to connect with her. People still kept writing to “her” for advice. People still kept buying “her” cookbooks. People still saw “her” as a caring and trusted authority. The brand remains strong to this day. The reason? Because even if the persona was fake, the spirit of Betty was authentic.

View challenges as opportunities to strengthen your brand attributes.

Betty is perhaps the most impactful fluke in brand history. She wasn’t planned ahead of time. The need for Betty was unexpected. Betty was born because of the sheer volume of letters, completely unanticipated, that came flooding in after a somewhat unrelated marketing campaign. The letters presented an interesting challenge for the company. But it reflected that there was a need, so Washburn Crosby Company found a way to build a brand around that need. They weren’t trying to pound a square peg in a round hole, they simply found an intuitive way to respond to their customers as the needs presented themselves. In hindsight, it feels quite natural. But at the time, there were a number of ways this could have played out. Creating Betty was one way, and we can probably all agree it was a good one.

Now… What will YOU do?

I know we’re talking about Betty Crocker here, but just think about a few other famous brand characters: Mr. Clean, Pillsbury Doughboy, Ronald McDonald. These also represent enduring brands, thanks in no small part to their memorable characters (even though these guys are obviously made-up with no chance of being mistaken for real!). Whether you rely on a fictional persona, create an animated character, or if your brand is based off of a real person, make sure the human element is front and center — and then let your brand personality shine!

What can you do today to make your brand more human?

Nyla is a Graphic Designer, Web Designer, Front-End Web Developer and Consultant with over 15 years of experience. She is the owner of n-Vision Designs, LLC in Hampton Roads, Virginia, which exists to provide marketing support and brand consulting to small- and medium-sized businesses needing creative solutions. Contact Nyla if you'd like to discuss your next creative project. She can usually be bribed to a meeting with a cup of green tea and an oatmeal cookie.
PrevPreviousBrand Archetype FAQ: “Will my brand archetype ever change?”
NextWho Should You Hire to Build Your Website?Next 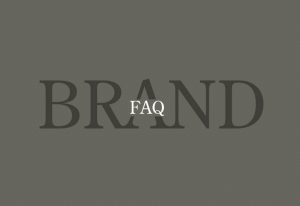 Brand Archetype FAQ: How do I pick my primary brand archetype?

Is your archetype “chosen” or is it “revealed”? Yes and yes. Hmm. Well…if you can pick your own archetype, how do you go about doing that? Your brand archetype impacts everything about your business. Here’s how to choose wisely. 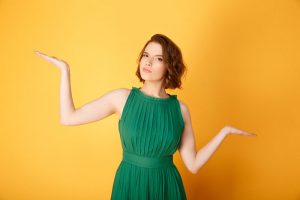 Marketing vs. Branding: What’s the Difference?

The terms branding and marketing are sometimes used interchangeably. This is understandable — they are inextricably tied together — but they’re not the same thing. Here’s why that matters, and how to know which one you need. 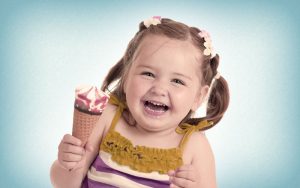 As we make our way through the ABC’s of marketing and design terminology, you wouldn’t naturally assume that “joy” would be on that list. But it is, for two reasons, and let me tell you what they are.